The Toronto Blue Jays have DFA’d Ezequiel Carrera for assignment to make room for the newly acquired Seung Hwan Oh on the 40 man roster. 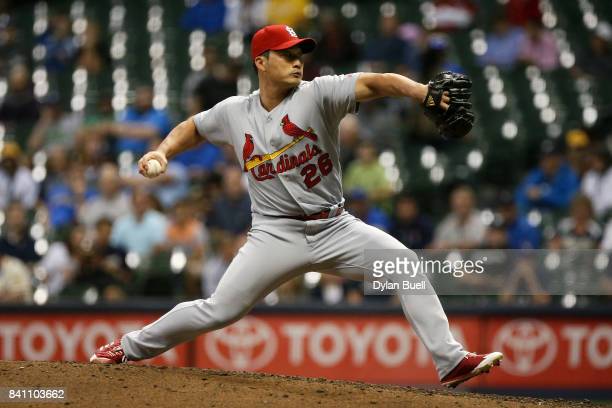 To make room on the 40-man roster, OF Ezequiel Carrera has been designated for assignment.

For some who couldn’t stand to watch Ezequiel Carrera play, this comes as a sigh of relief. It’s no secret that the 30-year-old outfielder was received with mix feelings from the fan base in his time with Toronto. Carrera struggled mightily defensively in the outfield, saw some success at the plate last season, but for the most part was a replacement level player off the bench for Manager John Gibbons. Carrera spent most of his time in Toronto in left-field, but also played a fair bit of right and the occasional inning in centre.

*Career with the Jays

To Carrera’s credit, he did hit .282/.356/.408 in 287 at-bats primarily against RHP for the Jays last season. Carrera’s .764 OPS in 2017 ranked third among qualified hitters on what was an abysmal offensive season for Toronto. Besides the 2017 season, Carrera hasn’t made much noise offensively with a career wRC+ of 84, if you exclude his 2017.

The moves pulled off by the Jays in the offseason made Carrera the odd man out in this situation. The outfield became crowded with the offseason additions of Curtis Granderson and Randal Grichuk, and there was simply not enough playing time to go around. To add to that, the Jays also have several young players in the minor leagues such as Anthony Alford, Dwight Smith Jr,  Dalton Pompey and Teoscar Hernandez knocking on the door for playing time. So, there’s plenty of depth with MLB experience to go around if someone were to get hurt with an injury.

The Blue Jays settled on a one year deal ahead of arbitration with Carrera before they made any upgrades to their outfield. Their intentions were likely to have Carrera as either the fourth outfielder or at the very least as depth for the upcoming season. Now that Carrera has been designated for assignment and removed from the 40 man roster, the team will have ten days to either trade, waive or release him. The other 29 teams will have an opportunity to claim Carrera and take him off the Jays’ hands. An obvious suitor that stands out right away is the Miami Marlins, who gutted their entire OF with three trades this offseason. Though I’m not sure if they’d be willing to pay an almost replacement level player $1.9 million dollars, as the whole point to those trades was to cut down their payroll. Luckily for the Jays, if no one claims him and they can’t find anyone to trade for Carrera, they won’t be on the hook for the full contract if he is released. Carrera was in his second year of arbitration eligibility, and arbitration contracts are not guaranteed. A team can decide to release a player who agreed to an arbitration contract before the 16th day of spring training and are only responsible for paying a 30 day prorated amount.

Carrera is the odd man out because of the additions in the outfield the Jays made this offseason. But he could have also been the victim of circumstance, as the Jays had a surplus of outfielders and a shortage of bullpen arms. The technicality mentioned above would allow the Jays to sign Oh for two million dollars and have it be inconsequential to their payroll. The Jays front office seems keen on stretching every dollar they have to continue their pursuit of raising the floor. The move leaves the door open to possibly add another bullpen arm or a backup catcher before the season starts.

The Jays From The Couch Guide To The 2018 Toronto Blue Jays Is NOW AVAILABLE FOR PRE-ORDER ON AMAZON!